It’s been a long time since we posted an update to the Enzian site, for which we apologize! It’s not that little has been happening - quite the opposite!

We’ll post a string of updates over the next few days, but as a sneak preview, we’ll talk about:

In the meantime, we’ve updated the list of people currently working on the project, and also updated some other details (such as changing “Cavium” to “Marvell”).

More very soon - until then, here’s another picture: 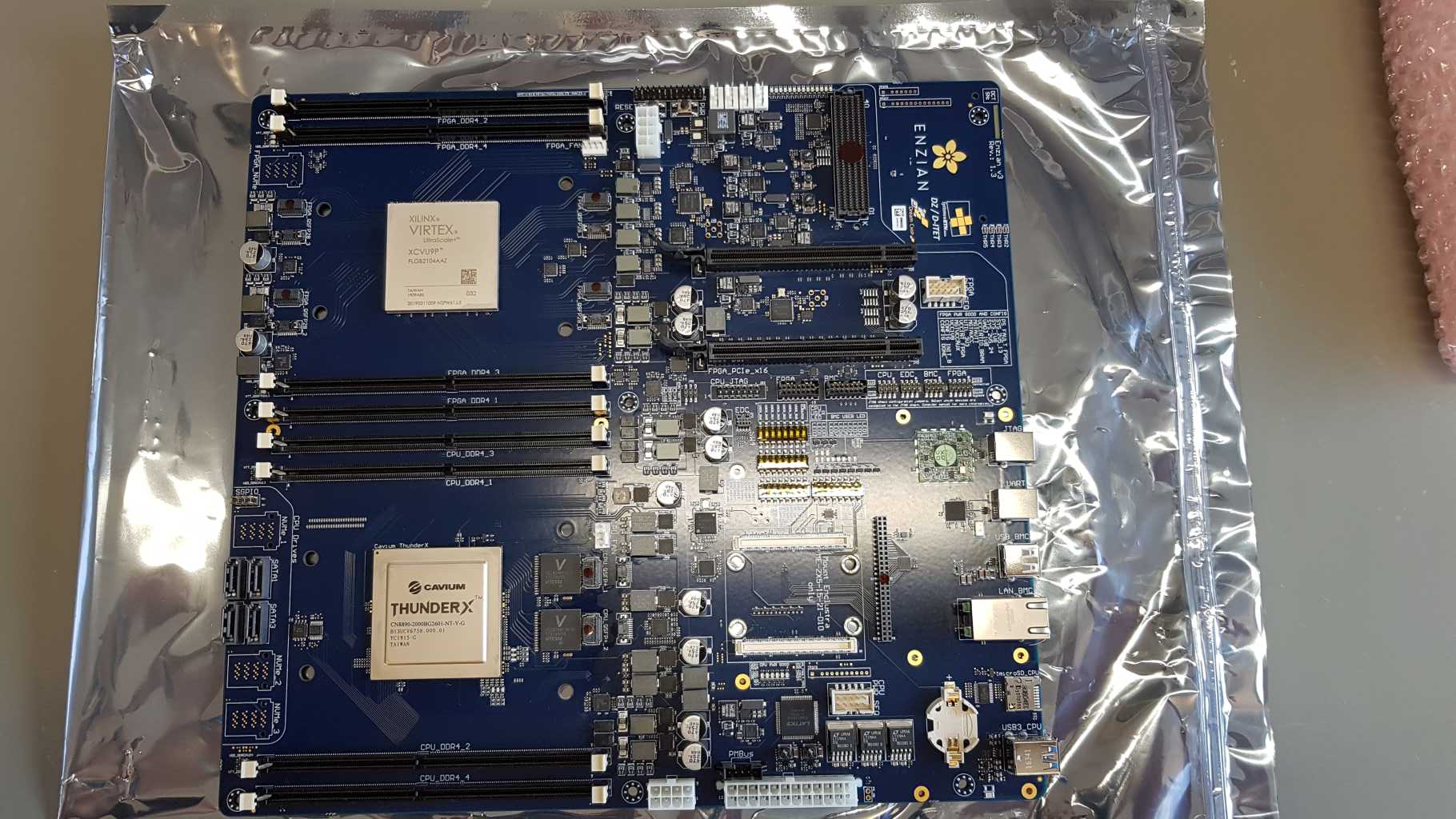